Long-term and meaningful investment by the Swedish Energy Agency has developed the entire value chain for biofuels and demonstrates the profitability of using branches and tops (In Swedish: grot) as fuel, as shown by a major evaluation conducted in 2019.

The Swedish Energy Agency has funded research on biofuels since 2005. The evaluation highlights the impact the research has had.

– This evaluation shows that research has played an important role in the development of the biofuel market and specifically when it comes to branches and tops. It is extremely important to be able to measure the impact of the research we finance, in particular when we work with long-term goals such as increasing knowledge and bringing about a change in society, says Anna Malmström, Research Officer at the Swedish Energy Agency.

What is important about branches and tops and other biofuels?

– It's a question of replacing fossil fuels and contributing to the security of energy supply, as well as recognising the value of residual products such as branches and tops. One strength has been the continuity, that a common thread has run through the large maze of research projects and through a series of programmes throughout the years, says Anna Malmström.

The Swedish Energy Agency has had a long-term focus

There has been an awareness of the importance of building up a knowledge base on how the extraction of branches, tops and stumps affects the soil and what environmental considerations must be taken, but also how branches and tops should be collected and transported in the most efficient way.

The calls for research support have therefore been adapted to the gaps in knowledge that need to be filled. Forest owners and wood fuel companies use the newly acquired knowledge of sustainability aspects and environmental issues. This contributes in the collection of branches, tops and stumps from the forest for use as fuel for district heating and in electricity production.

The Swedish Bioenergy Association, which is a non-profit association that works to increase the use of bioenergy, recognises the importance of long-term research on bioenergy.

– We have used the research to defend bioenergy on many occasions. Being able to demonstrate that research has existed for many years gives a sense of security, especially when the perception of bioenergy is demonised, says Kjell Andersson, Chairperson of the Swedish Bioenergy Association.

Although a lot of research has been carried out on how to best collect branches and tops, the low extraction of branches, tops and stumps is still due to factors such as the price of alternative fuels and transport distances.

Kjell Andersson confirms that price drives demand. –Bioenergy is Sweden's largest source of energy, but the demand for branches and tops is sometimes relatively low. For example, we have had many warm winters in recent years, with low demand for fuel. It is often cheaper to use other biomasses than branches and tops.

In the past, there has been international criticism and scepticism about using branches and tops as fuel due to doubts about the sustainability of using forest residues for energy production.

– The Swedish Energy Agency's research support has led to knowledge of work methods and methods for collecting branches and tops from the forest, which has meant that other countries now consider Swedish forestry as sustainable. In addition, it has contributed to the EU and other international bodies and researchers reconsidering the environmental effects of bioenergy. In turn, this influences regulations and agreements that now favour all forest-based biofuels such as pellets, tall oil, etcetera and demonstrates that biofuels contribute to the goal of renewable energy, says Anna Malmström. 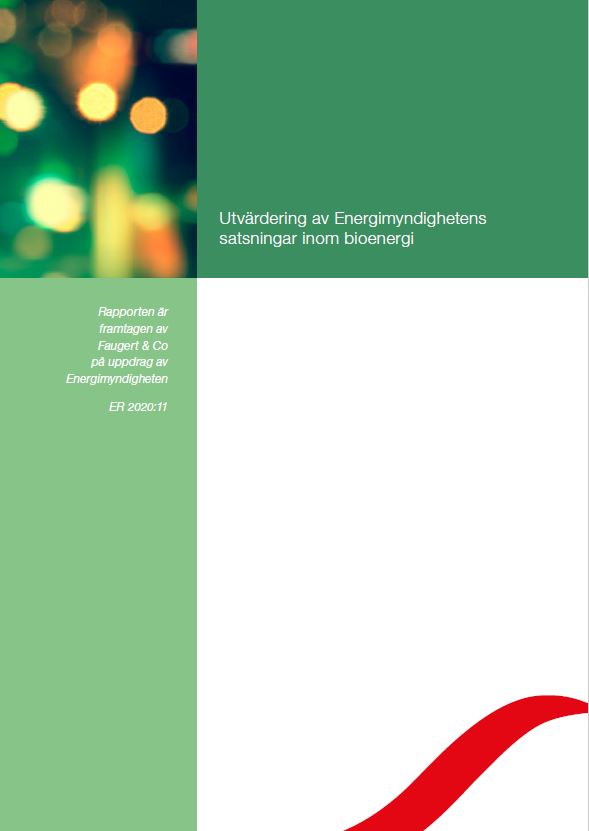 The report is written in Swedish. Abstract is available in English.